Jonathan Shuman is a young man who loves to travel the world. He sees the world in a positive, friendly way, and he wants to share his experiences with all of you. This is part one of three in Jonathan’s new travel series, 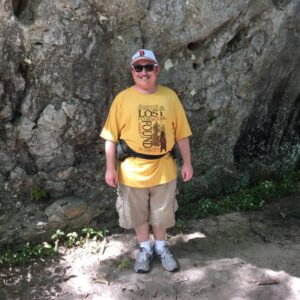 My name is Jonathan Shuman. I’m 29 years old. I live independently in the Chicagoland area. I currently work as an office assistant at an architecture firm called Solomon Cordwell Buenz in downtown Chicago. I’m a huge fan of world travel. Some of the places in the world that I’ve been to include Alaska, Hawaii, Canada, St. Martin, Costa Rica, Ecuador and the Galapagos Islands, France, Israel, Denmark, Germany, Estonia, Russia, Finland, and Sweden. Today, I want to share my experiences from my recent trip to England and Ireland with Search Beyond Adventures. 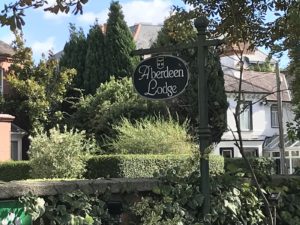 Harrison House in Evanston, Illinois to take me to Chicago O’Hare International Airport where I would meet the tour guide and new group of friends that I would be traveling with for the next 9 days. It was a normal flight and our flight from Chicago to Dublin, Ireland lasted 6-7 hours long. When we got to Dublin International Airport, we went to the Aberdeen Lodge which is a Victorian-style hotel that’s located at Park Avenue in Dublin, Ireland. I was roommates with my new friend David who is from Hastings, Minnesota.

When we were in Dublin, Ireland, we did lots of fun stuff. We went to places such as St. Stephen’s Green and Christ Church Cathedral, which was built at the time that the Tudors ruled England. We also went to the Guinness Brewery and I learned how beer got its name from barley which is used to create beer. I tried a Guinness draught beer, and it tasted very strong. 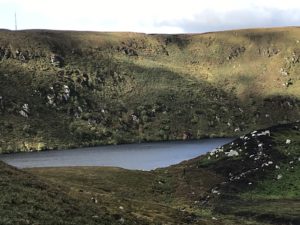 The next morning, we went to the Wicklow Mountains and the Sally Gap and we went to Glendalough, a tiny town in Ireland, which is home to a monastery built by St. Kevin. The monastery is called Sevenchurches. Over the course of its 1,000-year history, it has been raided by the Irish clans, the British, and the Vikings. That same day, we took hikes and we went to a lake located in Glendalough and we watched the sunset. One cool thing that I saw was a tomb that was used as a filming location for a TV show called Vikings starring Alexander Ludwig.

On the next installment of Jonathan’s new travel series, find out who is on the Ireland Wall of Fame and some of Jonathan’s favorite parts of England! Stay tuned!