These stories are excerpts from a previous publication entitled “New Visions: The Power of Dreams.” New Visions was published in 2011 with the support of the Illinois Council on Developmental Disabilities. Featuring the stories of 20 individuals with disabilities, this anthology reflects the possibilities for individuals who have support from their communities. (These stories have been edited for length.)

Carrie has dreams typical of many people. She wants a better job, she wants to own her own home, and she wants to get better control over her diabetes by eating better and staying fit. But what she wanted most in the world was to get married. 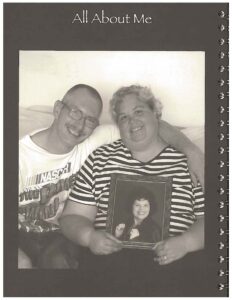 The dream of marriage was not news to her team, but they didn’t realize how important it was to her until then. After all, she had already been living with her boyfriend for several years. During that first session, Carrie’s mother told her, “Carrie, if this is that important to you, I think we can make this happen.”

Carrie and her boyfriend picked the most romantic day of the year, February 14, for their big event.

Michele took part in a group Full Life Future Planning™ process with nine other people. Throughout the class, Michele identified many things that were important to her during the classes as time progressed. Many of the dreams she identified for herself were simple (like a new desk lamp), and many were more involved (like getting married and getting a job).  Most of Michele’s dreams involved family and friends that were closest to her. 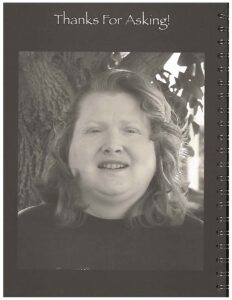 Michele was very quiet during the initial classes, but grew more open over time. She let her network know she was interested in nursing, and then she found a way to get involved. She discovered she wanted to work with animals; she started working at a pet shelter and loved it.

She and her boyfriend also dreamed of getting married. They talked with their families and had a commitment ceremony and a reception to celebrate their love for each other.

Now Michelle says, “If it wasn’t for this experience, I wouldn’t be doing all the cool things I am now. I used to be scared to ask people for what I wanted. Now I realize that I will never get what I want if I don’t ask. The class taught me that it’s okay to tell people what I want.”