In September, the Evanston Public Library hosted an event called “Human Library,” where people’s lives were the story. At this event, attendees could “check out” a human book and talk with that person about their story for 15-20 minutes. Two members of Center for Independent Futures’ community were available to talk about their lives with the Evanston community. 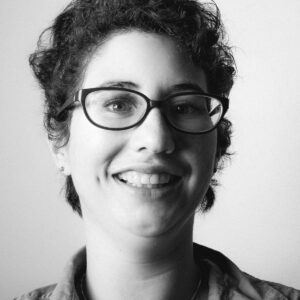 Lindsay, one of our participants, was interviewed for “Dear Evanston” by Nina Kavin. Lindsay’s book was titled “Learning Differences,” and she focused on explaining to people how she feels about being someone with a disability. Lindsay says she felt excited to participate, rather than nervous.

Because of Lindsay’s nonverbal learning disability, she says, “I’m not able to read certain cues or body language.” Nina Kavin asked how that affects Lindsay. “It makes me feel overwhelmed and makes me not want to interact with certain people,” Lindsay answered. According to Lindsay, one way to help is to understand how she is feeling and being flexible in their reaction.

Diversity in the Disability Community

Another of our participants, Billy, also participated in this unique library event. Billy is part of the LGBTQ community, and he has recently changed his preferred pronouns to “he/him” or “they/them.” Billy’s story was about showing that people with disabilities are just as diverse as people without! 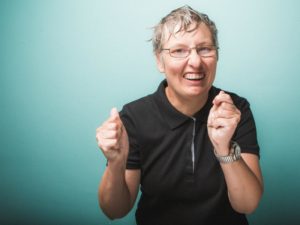 “Many people don’t realize people with disabilities can be gay, lesbian, or have other identities. We are not in a box,” Billy says. He chose to participate in the Human Library event because you can never advocate too much, especially when there are misconceptions like that.

One aspect of the event that surprised Billy was the type of questions he was asked. Several people asked why Billy couldn’t continue to be called Sandy – since Sandy can also be a male name. They responded, “I prefer to go by Billy because I picked that name. I think Billy fits me.”

We love having a diverse group of participants at Center for Independent Futures. It makes our community stronger, and it makes each of us aware of the different identities we can each have.

Thank you to the Evanston Public Library for hosting this cool event and for including our community.