Jonathan Shuman is a young man who loves to travel the world. He sees the world in a positive, friendly way, and he wants to share his travel recommendations with all of you. This is the final England & Ireland installment of Jonathan’s new travel series, Jonathan’s Jolly Trips. 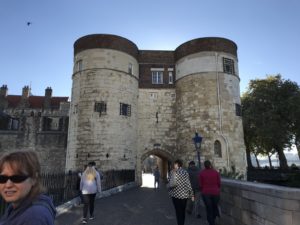 The next day, we went to the Tower of London where prisoners were being held by the beefeaters or Yeomen during the War of the Roses in the mid-1600s. We also took a river cruise along the Thames river, and we saw many famous buildings such as a pub owned by a British actor named Ian McKellen. We also saw the Royal Naval College. We learned about the Greenwich Mean Time – if you go west from this point, you subtract the hours. If you go east from Greenwich, you add the hours.

We packed and we left for our trip back to Chicago the next day. The flight lasted 6-7 hours. On the airplane, I watched two movies: Game Night with Jason Bateman and Rachel McAdams and Lady Bird with Saoirse Ronan and Laurie Metcalfe. I had such a blast going to England and Ireland with Search Beyond Adventures. I took lots of photos, and I emailed some of these photos every single day by email to CIF participants and my parents. What I learned about Ireland is that it’s green all around. That’s why Ireland gets its nickname, the Emerald Isle. In England and Ireland, you have to drive on the left side. 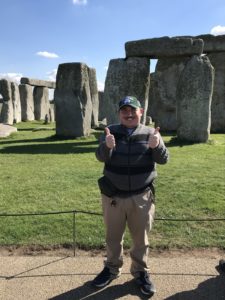 I would recommend England and Ireland as a travel destination for the summer. I recommend it because lots of people are happy, drink beer, and are friendly. There are lots of sights and wonders to marvel at. There’s lots of live music to enjoy in London and Dublin.

I would recommend England and Ireland as a travel destination for someone who has a disability because they are bound to have a fantastic time. It’s pretty easy to get around if you have the skills of using public transportation. People are nice and friendly. It’s accessible to get around if you are bound in a wheelchair, and they speak English so there is no language barrier.

Thanks for reading this article and stay tuned for travel recommendations for my next trip to Athens, Greece!