What do you think it takes for someone to work in theatre?

Immediate answers that might come to mind include an interest in drama, interpersonal skills, great communication, and an interest in learning new things. Thousands of people meet these qualifications – but how often do you encounter a person with disabilities working at the theatre?

People With Disabilities Working in Theatre

One of Independent Futures’ participants, Sarah, was working with a job coach from Jewish Vocational Services when she earned an apprenticeship with Piven Theatre. After exploring what Sarah might like to do for employment, Sarah’s job coach helped her get in touch with Piven Theatre. 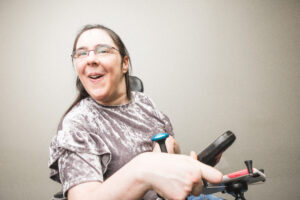 She was offered an apprenticeship where she could learn about teaching. After looking at schedules and options, Sarah accepted.

Throughout her apprenticeship, Sarah worked with 4th-8th graders in Piven Theatre workshops. She got to know the students, and she was responsible for making sure they were safe.

Interacting with the students as often as she could, Sarah was able to support the students in many ways. A budding writer herself, Sarah helped one student write a poem. This was one of Sarah’s favorite parts of her apprenticeship.

“The apprenticeship was an important way for me to get out to see what I want to do in terms of a degree or job and what field I want to go into. It was a way of finding myself,” Sarah shared.

In 1988, the government announced October as National Disability Employment Awareness Month. During this time, government agencies will publish articles and host events to highlight the opportunity to hire individuals with disabilities. Corporations will tout statistics about how many people with disabilities they hire. 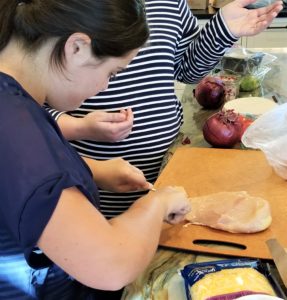 Before we get there, we need to understand where we have been and the milestones that advocates before us have achieved. Employers without disabilities sometimes think that there are limits to what someone with a disability can achieve, but these employers are proven wrong over and over. Over the last century, people with disabilities’ fight for employment equality has been long, hard, and limited by perception.

In 1945, President Truman announced “National Employ the Physically Handicapped Week.” Later, the word “physically” was removed, making the week more inclusive in the 1960s. Eventually, this week turned into National Disability Employment Awareness Month, dedicating more time to the need for employment among the disability community.

By the ‘60s, creating inclusive spaces became increasingly important. While the courts had not caught up, President Kennedy introduced the President’s Panel on Mental Retardation. This committee explored ways that people with disabilities of all kinds could be included in every day life. 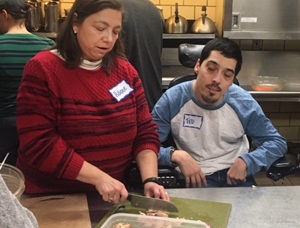 In 1972, the Independent Living Movement was born partially in response to President Nixon’s veto of the Rehabilitation Act. Later passed in 1973, the Rehabilitation Act prohibits discrimination based on someone’s disability by federal agencies and contractors. The Independent Living Movement is alive today, working to protect every individual’s right to choose where they live and how they are supported in community.

It wasn’t until 1977, when the government implemented Section 504 of the Rehabilitation Act, that people with disabilities gained civil rights. This was also when legislation acknowledged every student’s right to be in a public classroom. The precursor to supported employment, the “Try Another Way” campaign, was also born paving the path for us to where we are today.

Through the 1980s, the U.S. passed several pieces of legislation that supported individuals with disabilities’ employment prospects including the Job Training Partnership Act (1982) and the Employment Opportunities for Disabled Americans Act (1986).

The Americans with Disabilities Act was finally passed in 1990, expressly prohibiting discrimination against people with disabilities in hiring or career advancement. Since then, the perspectives of employers have been slowly evolving with the help of the federal government.

Beyond the Americans With Disabilities Act 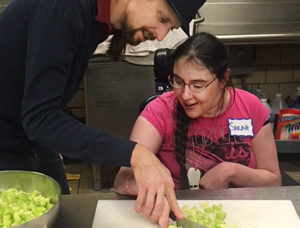 Since 1990, disability continues to be defined and redefined again. The Olmstead Act promoted community-based, independent living whenever possible. Recently, the ADA Amendments of 2008 altered the definition of “disabled” so it is easier to establish eligibility for protections.

Why Should Businesses Hire People With Disabilities?

There are tons of reasons to hire individuals with disabilities, not the least of which is that they are just as capable as able-bodied employees. In fact, employees with disabilities are excellent problem solvers, stable workers (30% higher retention), safer in the workplace, and more productive.

Plus, much of the disability community is an untapped market. There are 56 million Americans with a disability of some type. The discretionary income of people with disabilities of working age alone is $21 billion. Add into this number individuals’ connections, like family and friends, and businesses realize they are missing a huge market share. 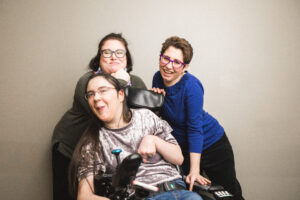 At the end of the day, there are many reasons to hire people with disabilities and very few reasons not to. Ability is not a marker of a great employee; many individuals can work successfully without accommodations while allowing a person with disabilities to grow and achieve their dream.

For Sarah, her apprenticeship at Piven Theatre was a big milestone. Her experience “marked the first time I had a job that wasn’t through a friend. I had to show up on time. More importantly, I had to do it for somebody else.”