In October, we hosted our second conference dedicated to moving housing resources into the hands of individuals with disabilities and their families. Micaela Connery, founder and CEO of The Kelsey, was the conference’s keynote speaker. 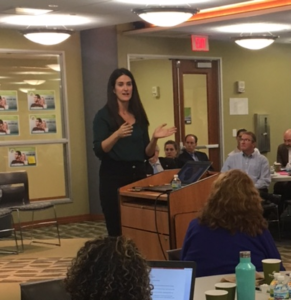 As a Harvard fellow, Micaela researched how to create communities and housing that included people of all abilities, and the answers led her to create The Kelsey.

In memory of her cousin, Micaela’s work is coming to fruition. The Kelsey is currently building four mixed-income, mixed-ability housing developments through public-private partnerships. She believes what she calls “inclusion natives” want to live in fully inclusive developments. From The Kelsey’s website, the following blog explains what that means and why she believes inclusive natives are ready for change.

“At The Kelsey, we talk a lot about inclusive communities and the type of people who would want to live in them. We often use the term “Inclusion Natives” to describe people with and without disabilities who grew up in inclusive settings. As adults today, these are the kinds of individuals who’d be drawn to mixed ability, mixed income housing. These Inclusion Natives expect inclusion — and they’ll even pay for it — but the real estate market has yet to deliver the inclusive housing stock they desire. We want to take a moment to explain what we mean when we talk about Inclusion Natives and why they are so important to our work.

Let’s start with a history lesson.

Then, in 1990, Congress updated the title and language of the law and renamed it the Individuals with Disabilities Education Act. The reauthorization entitled all students to a free and appropriate public education in the least restrictive environment, and subsequently, the number of students with disabilities in the classroom alongside students without disabilities soared to unprecedented numbers.

Since IDEA, kids in the United States have grown up with inclusive education as the norm. For these kids, there is no “special’ classroom or separate bus. Since 1 in 7 kids in the United States has a developmental disability, they likely have a friend with autism, Down Syndrome, or other developmental disabilities. They teach peers and adults why using the R-Word is offensive. They value disability as an important identity that adds to the diversity and richness of their community. Kids with and without disabilities learn together, play together, and grow together.

In our focus groups at The Kelsey, we see the desire for inclusion over and over again. In fact, inclusion appears to be the default expectation. One young man noted: “It’s as 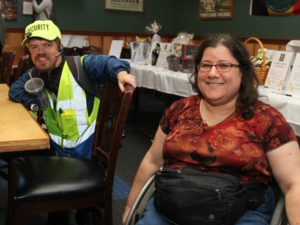 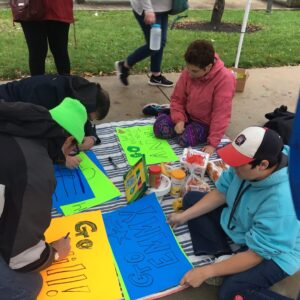 Kids that started kindergarten in 1990 with the passage of IDEA are in their early 30’s today. These Inclusion Natives, of all abilities, are now young professionals moving to new cities, graduate students looking for housing, and renters looking for apartments with the best amenities. Their early understanding of inclusion, genuine appreciation of diversity, and subsequent desire to spend money on products that also promote a broader social mission means this generation is perfectly positioned for The Kelsey’s mixed ability housing model. We want to deliver the inclusive community that meets their demands.”