Jonathan Shuman is a young man who loves to travel the world. He sees the world in a positive, friendly way, and he wants to share his experiences with all of you. This is part two of three in Jonathan’s new travel series – catch up on part one here! 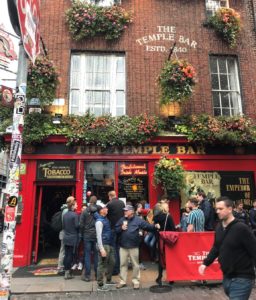 The day after we hiked to Glendalough, we took a stroll of the Temple Bar district in Dublin, Ireland. We also took a tour of the Wall of Fame where famous Irish musicians held their place in the Irish music industry such as U2, Thin Lizzy, Enya, Sinead O’Connor, The Corrs, and Celtic Woman. We also ate dinner in an Irish restaurant and we listened to traditional Irish music. One of my favorite Irish foods that I ate in Ireland was the traditional Irish breakfast which consisted of an egg, blood sausages, 2 pork sausage links, mushrooms, ham, bacon, and roasted tomato. Another favorite food that I tried in Ireland was the fish and chips, which is beer battered cod fish with chips – or as the Americans call them, French fries.

The next day, we flew from Dublin, Ireland, to London, England, via Aer Lingus airlines. When we arrived at London Heathrow Airport, we took a shuttle bus to the Holiday Inn Express hotel located in Stratford, London, England. The first thing we did in London was we went to Westminster Abbey. It was closed to the public unfortunately. 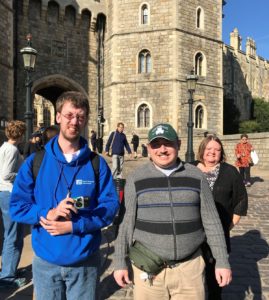 The next day, we took a shuttle bus and we traveled to Stonehenge in England. Stonehenge is a collection of Neolithic stones that the Druids constructed. The Druids were a Celtic tribe that practiced an earlier form of Christianity. We also learned what life was like during the construction of Stonehenge. For example, people had to live in huts. They didn’t have the technology to move the stones, so they moved the stones by their hands. After Stonehenge, we went to Windsor Castle where Prince Harry and Meghan Markle spent their honeymoon. 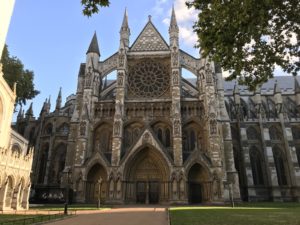 The next day, we went to Buckingham Palace and we saw the changing of the guards. We didn’t actually see Queen Elizabeth II – maybe because she was busy doing something else. After the changing of the guards, we took a tour of the interiors of Buckingham Palace. We also went back to Westminster Abbey, and we saw the interiors of Westminster Abbey this time.

Watch for the third installment of Jonathan’s travel series to learn about the Tower of London and discover his recommendations for England and Ireland!